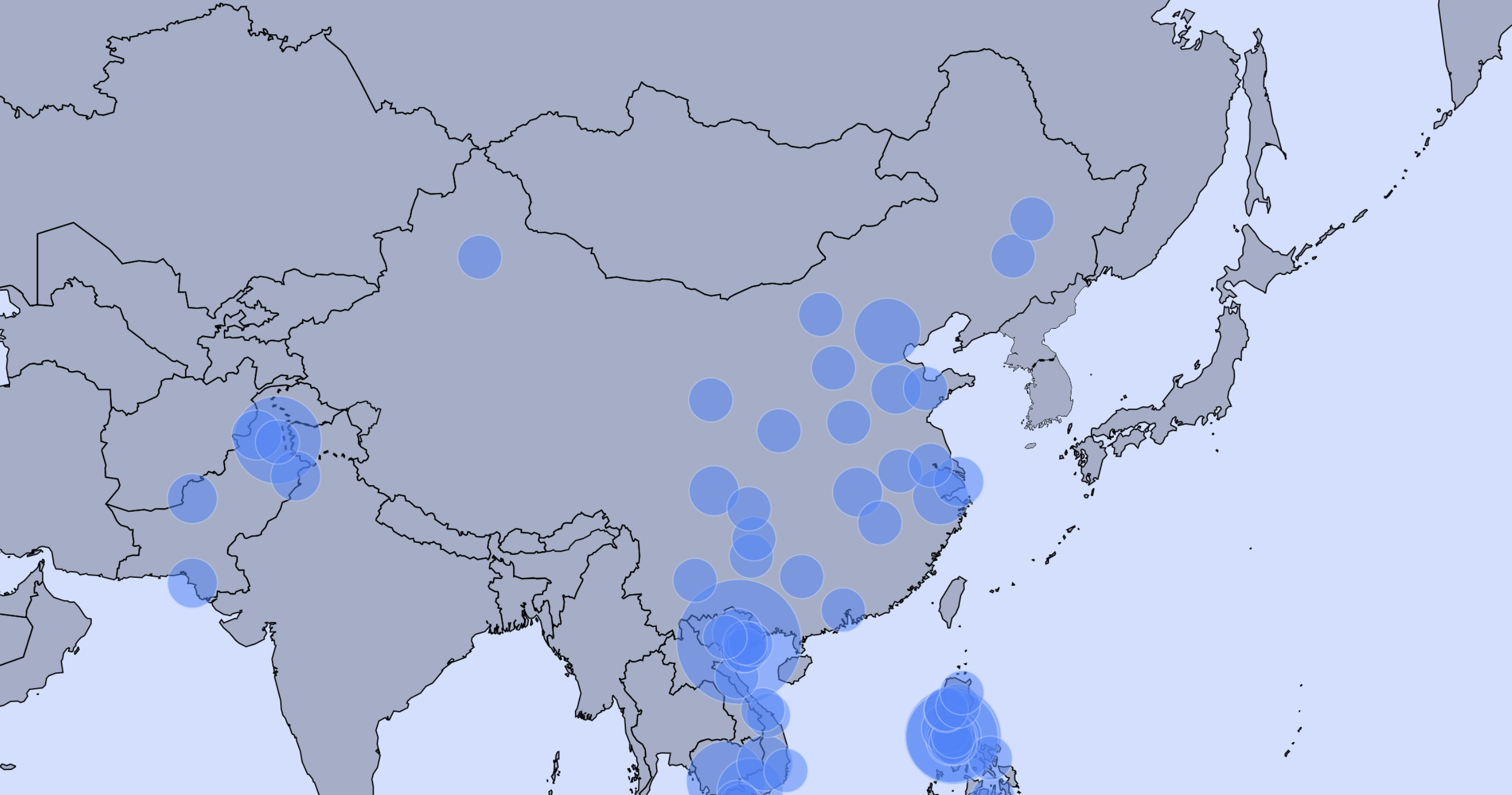 A total of 34 institutions that conduct HPSR were included in this survey, of which 30 are university-based and four are independent research institutions. Five are based in the capital, Beijing, with the rest scattered fairly evenly across different regions of the country.

China enjoys strong links between researchers and policy-makers on HPSR. The Outline of the Healthy China 2030 Plan, for example, has emerged from decision-making rooted in scientific evidence. In addition, there have been steady rises in the overall budget for HPSR, in the number of HPSR reports produced, and in the number of meetings between researchers and policy-makers since 2018. China’s role in international academic exchange on HPSR is also expanding.

China made progress on knowledge generation related to HPSR between 2018 and 2020. First, to support the implementation of the Healthy China Strategy (2017), the State Council established the Healthy China Action Promotion Committee and, in 2019, issued the ‘Healthy China Action (2019-2030)’ guidelines. Second, several universities, including Peking University, established departments of public health emergency management in their schools of public health during the COVID-19 pandemic. In the context of the pandemic, new schools of public health were also established in other universities. In addition, several research institutes established between 2018 and 2020 are already playing an increasingly important role in international academic exchange on HPSR.

2019 marked the 10th anniversary of China’s health system reforms – a moment that generated many research studies and articles, including pieces in the British Medical Journal and The Lancet. The number of HPSR reports and journal articles has shown a steady increase since 2018 from an already high baseline of 3000 to reach 3400 in 2020, with the average per institution rising from 90 to 100.

The number of databases open to HPSR researchers has increased since 2018, and the availability of household survey data, such as the China Health and Retirement Longitudinal Study (CHARLS) and the China Family Panel Studies (CFPS), has improved the quality of HPSR research and publications. However, in comparison with those found in high-income countries, databases in China need further improvement in quality and quantity, as well as in their compatibility and interoperability.

Engaging policy-makers and the public

The ‘Outline of the Healthy China 2030 Plan’ is the blueprint for China’s health system development and is the result of decision-making that was based on scientific evidence. Initial key points of the policy were discussed and agreed by different central government departments. Based on these agreements, the Department of Health Planning and Informatics at the National Health Commission designed the conceptual framework and overall objectives of Healthy China 2030, and entrusted HPSR research organizations and other government departments to conduct relevant research projects. These included specific and thematic research on such areas as health service delivery, the environment and health, as well as sports and health. Finally, the Department of Health Planning and Informatics synthesized findings from these research projects and extracted the core information to inform the draft of the ‘Outline of Healthy China 2030 Plan’. The development of the Plan was enhanced by good links between HPSR research and  decision-making, and research organizations with a strong academic reputation made a crucial contribution to this translation of research into policy. More broadly, officials and researchers communicated through meetings resulting from commissioned projects by central and local governments.

HPSR capacity strengthening in China is driven by diploma education. Around 50 universities and colleges were entitled to grant Master’s degrees in Social Medicine and Health Management during the reporting period, and around 15 could grant PhD degrees to students. Many of the graduates from these universities go on to work in health-related departments at national and local levels or in HPSR institutes, strengthening the HPSR capacity in China. There has been little or no change reported in the number of HPSR faculty and students participating in HPSR short courses since 2018.

In 2020, a regulation from the Ministry of Education and the National Health Commission allowed for the training in the high-level applied talents of public health at ten universities and the Chinese Center for Disease Control and Prevention.. In addition, an annual symposium held by the China Health Economics Association provided opportunities for researchers to further strengthen their capacity.

In terms of international-level capacity development, the China Scholarship Council has played a key role, sponsoring the overseas studies of many HPSR researchers and students. There has also been support from the China Medical Board, which has funded research and projects to promote Chinese and foreign cooperation on HPSR, as well as the establishment and development of HPSR institutes, such as the China Center for Health Development Studies at Peking University.

The Government of the People’s Republic of China allocated a budget of US$ 25 million for HPSR in 2020, which accounted for for more than 40% of the total funding for HPSR in China.

There has been a steady increase in both the amount of HPSR funding and the number of funders in China since 2018. The research found that more than 40% of HPSR funding came from central and local government departments, with domestic funding proving to be more sustainable and abundant than funding from external sources. The proportion of HPSR funding from international funders has decreased with the rapid development of China’s economy. At the same time, more bilateral and multilateral cooperative research or exchange projects have been funded to enhance internationalization and the international influence of Chinese HPSR.

Under the terms of this licence, you may copy, redistribute and adapt the work for non-commercial purposes, provided the work is appropriately cited, as indicated below. In any use of this work, there should be no suggestion that WHO endorses any specific organization, products or services. The use of the WHO logo is not permitted. If you adapt the work, then you must license your work under the same or equivalent Creative Commons licence. If you create a translation of this work, you should add the following disclaimer along with the suggested citation: “This translation was not created by the World Health Organization (WHO). WHO is not responsible for the content or accuracy of this translation. The original English edition shall be the binding and authentic edition”.

Any mediation relating to disputes arising under the licence shall be conducted in accordance with the mediation rules of the World Intellectual Property Organization (https://www.wipo.int/amc/en/mediation/rules/).

Third-party materials. If you wish to reuse material from this work that is attributed to a third party, such as tables, figures or images, it is your responsibility to determine whether permission is needed for that reuse and to obtain permission from the copyright holder. The risk of claims resulting from infringement of any third-party-owned component in the work rests solely with the user.

General disclaimers. The designations employed and the presentation of the material in this publication do not imply the expression of any opinion whatsoever on the part of WHO concerning the legal status of any country, territory, city or area or of its authorities, or concerning the delimitation of its frontiers or boundaries. Dotted and dashed lines on maps represent approximate border lines for which there may not yet be full agreement.